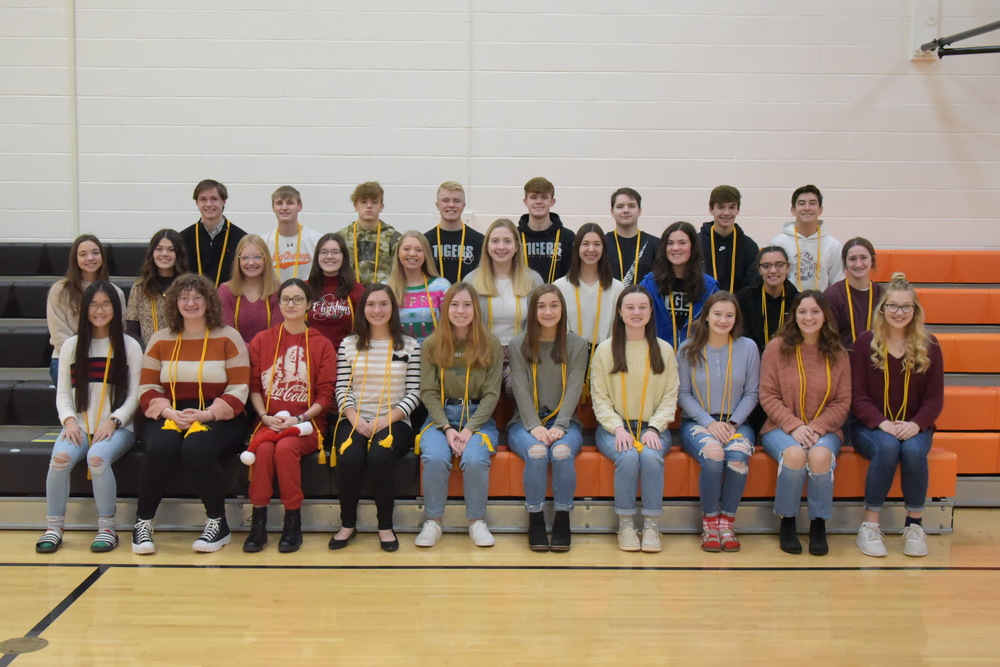 The West Liberty – Salem Chapter of the National Honor Society inducted twenty nine new members on Monday, December 13, 2021, at 7pm in the High School Cafetorium.  This group included four seniors and twenty five juniors.  Member Bella Kauffman presided as the Master of Ceremony, under the theme of “Growing together.”  President Hallie Smith spoke on “Growing together with the support of others. The four core values of the NHS were expressed by member Owen Johnson on Leadership, Vice- President Mandilyn Weaver on Scholarship, Treasurer Megan Adams on Service and member Emily Hollar on Character.  Historian Jamie Gluckle called each inductee forward as Secretary Aubrey Williams placed the Gold Cords on the inductees and member Amanda Domanchowswki handed them their Certificate packet.  Hallie Smith concluded the induction with the group reciting in the NHS pledge.  Final Words were given by High School Principal, Greg Johnson.  The group was released for a dessert potluck in the Elementary Cafeteria where they were served by hostesses and member Jocelynn Kennaw, member Gabrielle Williams and Parliamentarian, Naomi McGill. Special thanks to member Madison Casto in the light/sound booth.