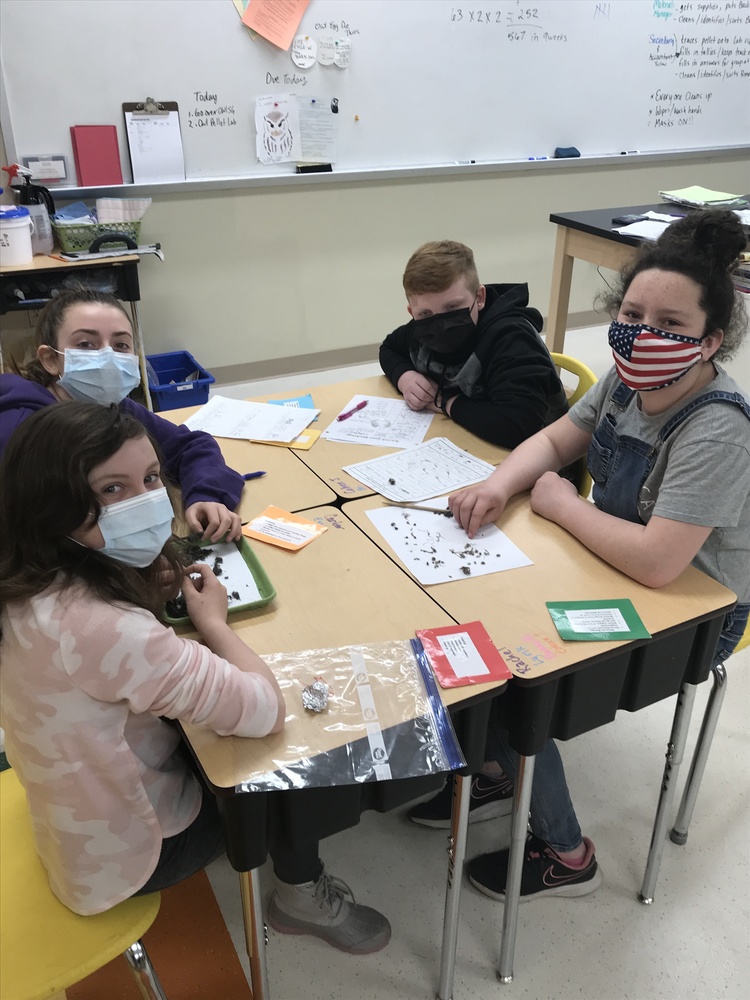 Mrs. Orahood’ s fifth grade science students wrapped up their study of ecology and ecosystems with owl pellet dissections this week!  Owl pellets are made during the digestion process and contain the parts of an animal that owls can’t digest.  Dissecting the pellets is a fun and important way to give students a glimpse into the life of animals they may never see in the wild.  The pellets not only tell us what the owl eats but  where they might live by what mammals the owl preys on.  Pellet dissection also teaches students about the animal digestion process because owls can’t digest things like fur and bones, which is just what they found inside their pellets!

Students performed the dissection with their table groups.  Each student was assigned a role in the process that included a scientist who opened the pellet, technicians who clean and identify the bones, and a secretary to record the findings.

Observations included small bones, skulls, feathers and fur.  They identified what the owls ate against a bone/skull identification sheet and counted the number of bones and skulls in the pellet.  One pellet held six skulls!  That was one hungry owl!