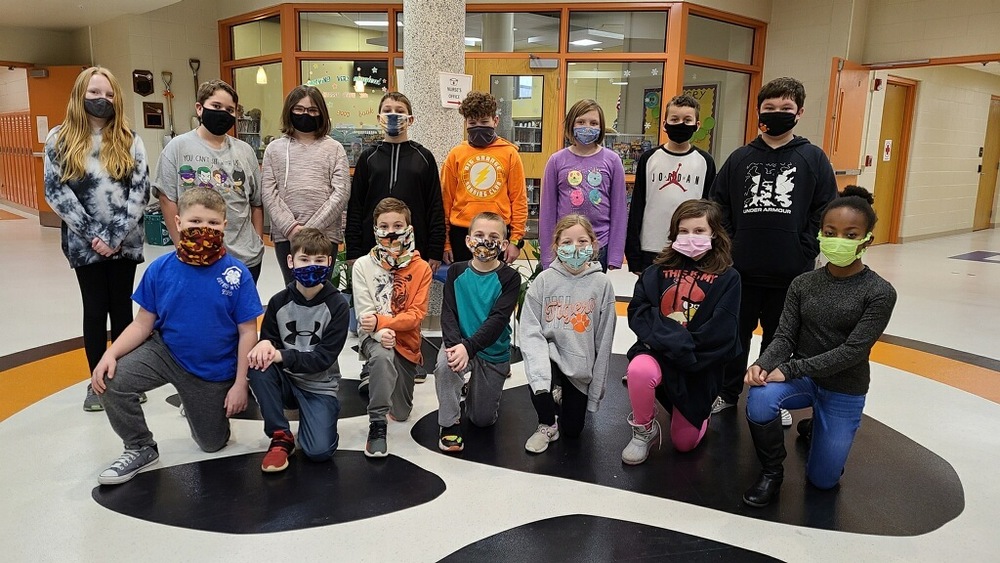 The West Liberty-Salem elementary hosted their annual Spelling Bee on Wedenesday, January 7th, 2021.  Eight 4th graders and eight 5th graders were selected to participate after competing in classroom level competition in December.  Those 16 students, out of around 200, competed in the gym, live-streamed for their peers, for an impressive 19 rounds. Curriculum Director Stacy Dunn moderated, while Mr. Hollar and Mrs. Jurich judged the event.  Fifth grader, Alauna Kinchen was this year’s champion and  Ellis Koons, also fifth grader, was runner up.  Elementary Principal Aaron Hollar congratulated all sixteen students on a great competition! Kinchen will go on to compete in an online vocabulary and spelling test in March against other champions throughout Ohio.  This test will determine her eligibility for the State Spelling Bee this spring.  Congratulations to our winners and participants, and good luck in the next round, Alauna!