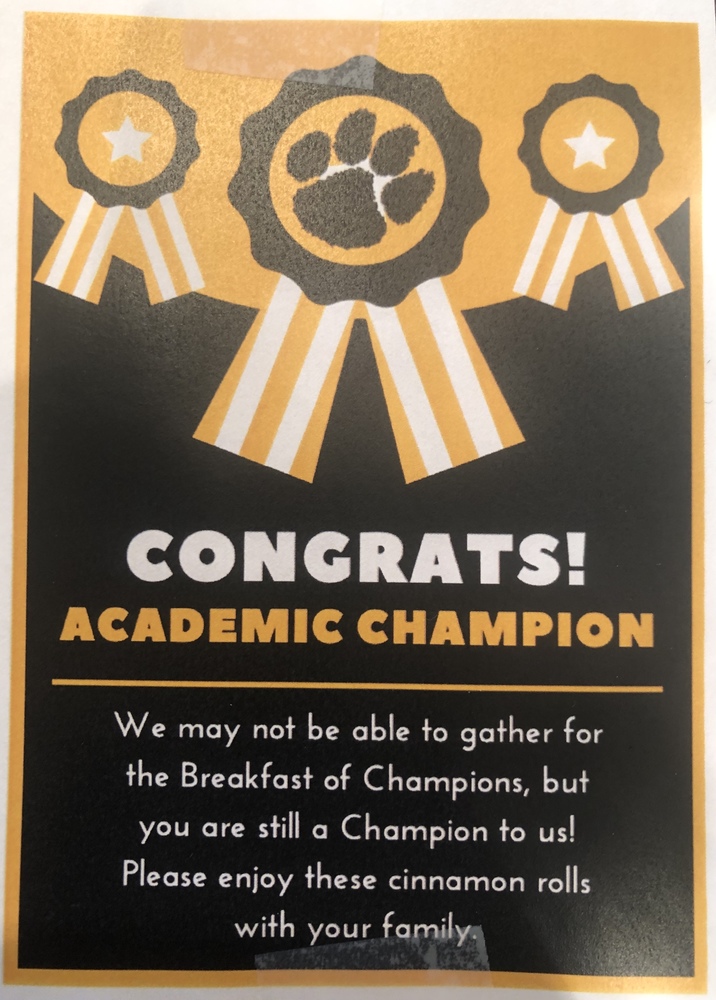 West Liberty-Salem Elementary honored our 3rd quarter highest honors, honor roll students in our version of a socially distant Breakfast of Champions Ceremony.   Breakfast of Champions honors fourth and fifth grade honor roll students, who receive all A’s and no more than one B+/B.  Students are traditionally treated to breakfast with their families or guests at the beginning of the school day.  A guest speaker gives a tribute to their hard work and words of encouragement to keep doing their ‘Tiger best’.  Finally, the ceremony closes with a raffle of generously donated gift boxes from Marie’s Candies.  This quarter was very different for all of us, but our Tigers finished strong!  We had 52 students achieve Breakfast of Champions for third quarter, and that is a reason to celebrate!  Mr. Hollar and the WL-S food service department provided cinnamon rolls for each student’s family, delivered by bus (or school van for those who live outside of the district) on Monday, May 11th!  Students anxiously awaited their deliveries and a special video created in their honor!

Congratulations to the following students: