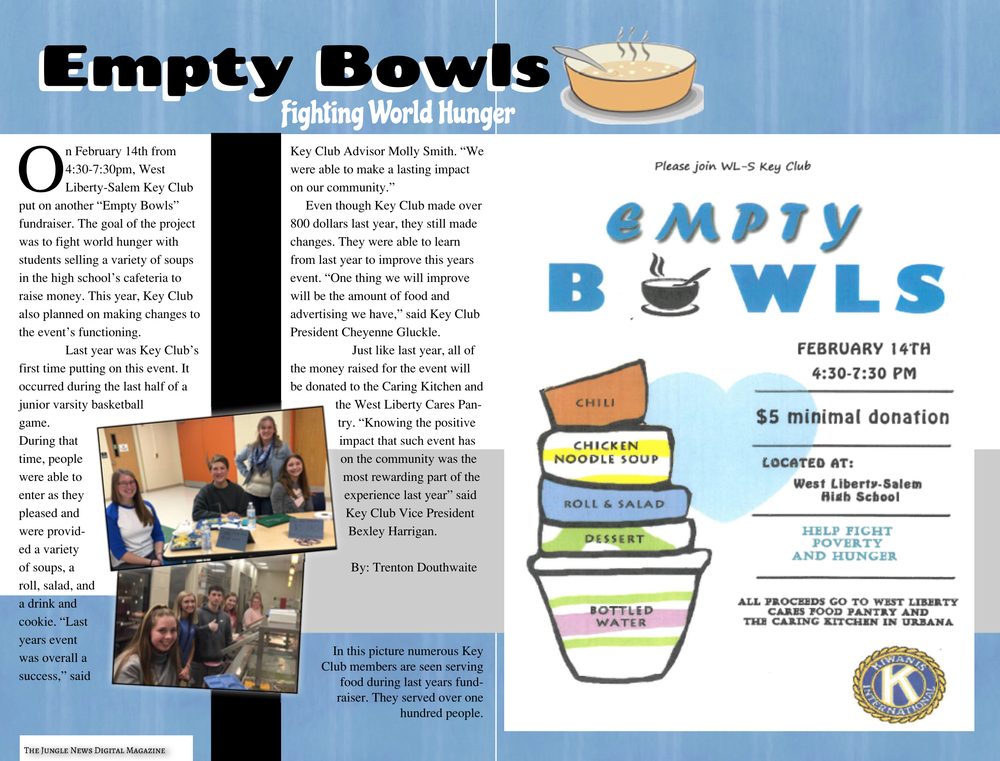 On February 14, from 4:30-7:30pm, West Liberty-Salem Key Club hosted another “Empty Bowls” fundraiser. The goal of the project is to fight world hunger with students selling a variety of soups in the high school’s cafeteria to raise money. This year, Key Club also plans on making changes to the event’s functioning.

Last year was Key Club’s first time putting on this event. It occurred during the last half of a junior varsity basketball game. During that time, people were able to enter as they pleased and were provided a variety of soups, a roll, salad, and a drink and cookie. “Last year’s event was overall a success,” said Key Club Advisor Molly Smith. “We were able to make such a lasting impact on our community.”

Even though Key Club made over 800 dollars last year, they made some changes. They were able to learn from last year to improve this year’s event. “One thing we will improve will be the amount of food and advertising we have,” said Key Club President Cheyenne Gluckle.

Just like last year, all of the money raised for the event was donated to the Caring Kitchen and the West Liberty Cares Pantry. “Knowing the positive impact ,” said Key Club Vice President Bexley Harrigan.