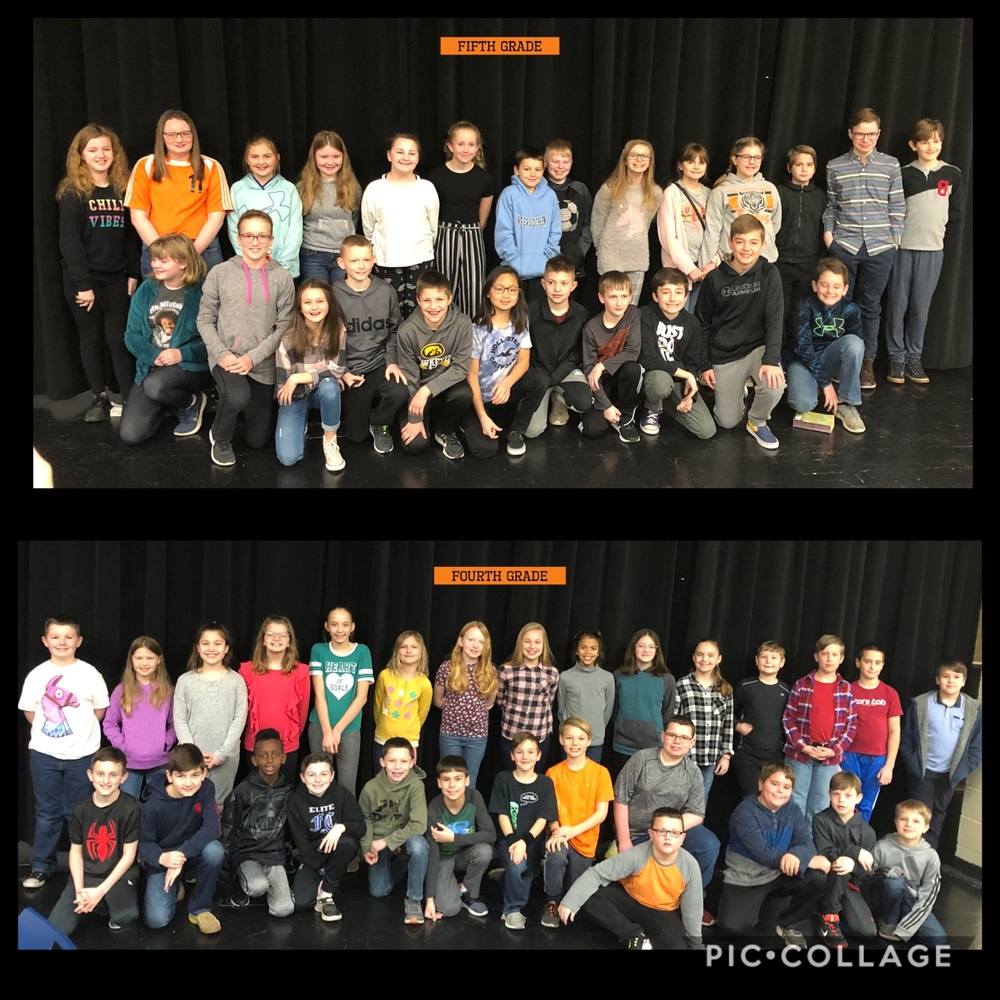 West Liberty-Salem celebrated the second Breakfast of Champions Award ceremony of the school year this morning.  Students are invited to the breakfast of champions following the previous grading period if they are in the fourth or fifth grade and have all A’s and one B or B+ only.  A total of 58 students were recognized this quarter.  Students and their families were served a special breakfast of biscuits and gravy, cinnamon rolls, egg casserole, fruit, milk, coffee and hot chocolate!  Mr. Hollar offered the opening remarks congratulating students for their accomplishments and letting them know just how proud he is of their effort to be there.  Each Breakfast of Champions Ceremony also offers our students the opportunity to hear from a selected high school guest speaker, and that honor went to Senior Eli McGill. Eli has achieved much success during his academic career at WL-S.  He was recently named Valedictorian along with fellow senior Cheyenne Gluckle, Academic All-Ohio for Football.  Eli plays basketball, football (and was named All-Ohio), is a student council member, Key Club member, class president, is active in his youth group, and is a United Way Youth Committee Member.  He shared a story about a boy and a snail and even though the snail was much smaller and much slower than the boy, he didn’t let that stop him from accomplishing what he set out to do.  He asked elementary students to remember that they will run into situations like the snail, but they can push through those obstacles and accomplish what ever they set their minds too.  The Breakfast of Champions Ceremony closes with 10 chances to win a box of candy supplied by Maries Candy.  This quarter the following students were chosen at random: