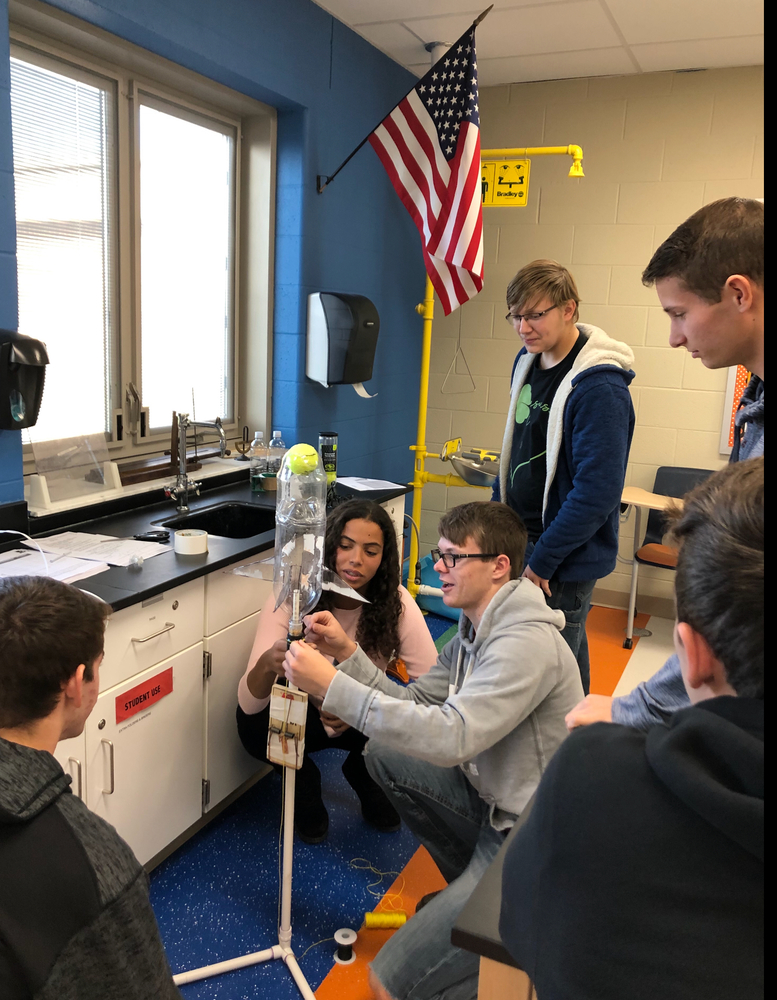 West Liberty-Salem students, who enrolled in Physics through Edison State University at WL-S, built an awesome water rocket as a part of their unit on Newton’s Law and Friction!  Mrs. Brandie Roberts, who also teaches high school physical science, assisted her class of only six students in a successful launch on Friday morning!  Students in the class include Selena Weaver, Trenton Douthwaite, Cooper Havens, Lance Baldwin, Dawson Jenkins, and Jaden Marchal.  They spent several days building the rocket followed by a test launch that proved their project needed a little more work.  Students reevaluated, did some problem solving and spent more time studying what could have caused the launch to fail.  After making some adjustments, the rocket took off!  Students were required to use an astroblade and calculus to determine the height of the rocket in several different launches.  This interdisciplinary approach allowed students to understand how a scientist uses more than one area of study in a single experiment.  Visit the live feed portion of our website to see a video!