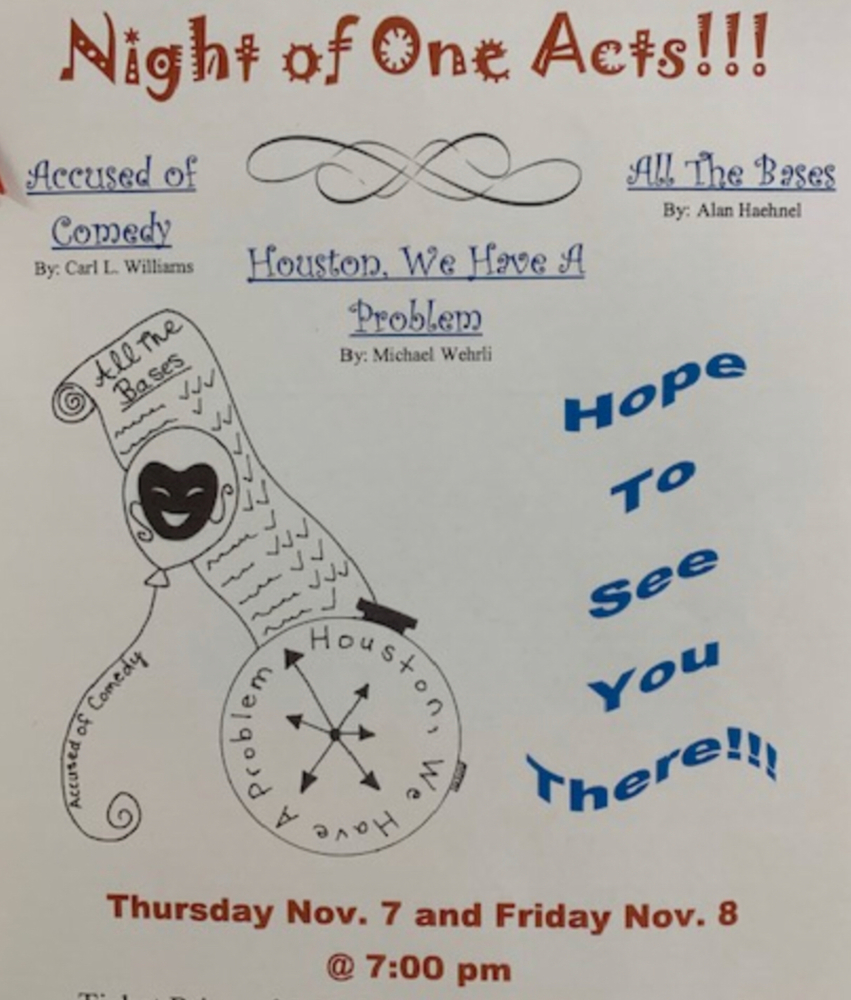 West Liberty-Salem Drama Club presented “A Night of One Acts,” as their fall production earlier this month.  Drama Club, led by Mrs. Renee Arnold, high school drama and literature teacher, directs one production a year and it was definitely a success!  Drama club isn’t necessarily new at WL-S but has gained momentum over the last several years.  More students than ever are taking drama class and becoming interested in furthering their study of theatrical arts!  Students who are very involved in other clubs, sports and extra circulars are also adding acting to their high school resumes by going beyond the class room, stepping outside of their comfort zone, and trying their hand at a club that is 100% successful by student involvement. Mrs. Arnold gives drama club members sole responsibility for the production’s success. “They do the acting, advertising, lighting, sound and set. I am there to guide them, but they own it. It is very rewarding to watch them.” Mrs. Arnold also shared that students in the club and class enjoy reading the play’s script like a book, and with her guidance, put their creativity to work by acting it out on stage.  Senior Savannah Weaver describes her drama club experience, “ Last year I starred in my first ever production, James and the Giant Peach, and I was curious to know how a drama production would compare to a musical. What I love about drama is that it’s exclusively acting—there aren’t any funny dances or songs to help keep the audience entertained, it’s all up to the actor and how committed they are to their character.”  This year, the club produced three short comedies, “Accused of Comedy,” by Carl Williams, “Houston, We have a Problem,” by Michael Wehrli and “All the Bases,” by Alan Haehnel.  Each comedic performance includes a limited set and props, just a few actors and their interpretation of the script.   Our students worked really hard and had a really successful fall show!   We are looking forward to continued growth and future productions!