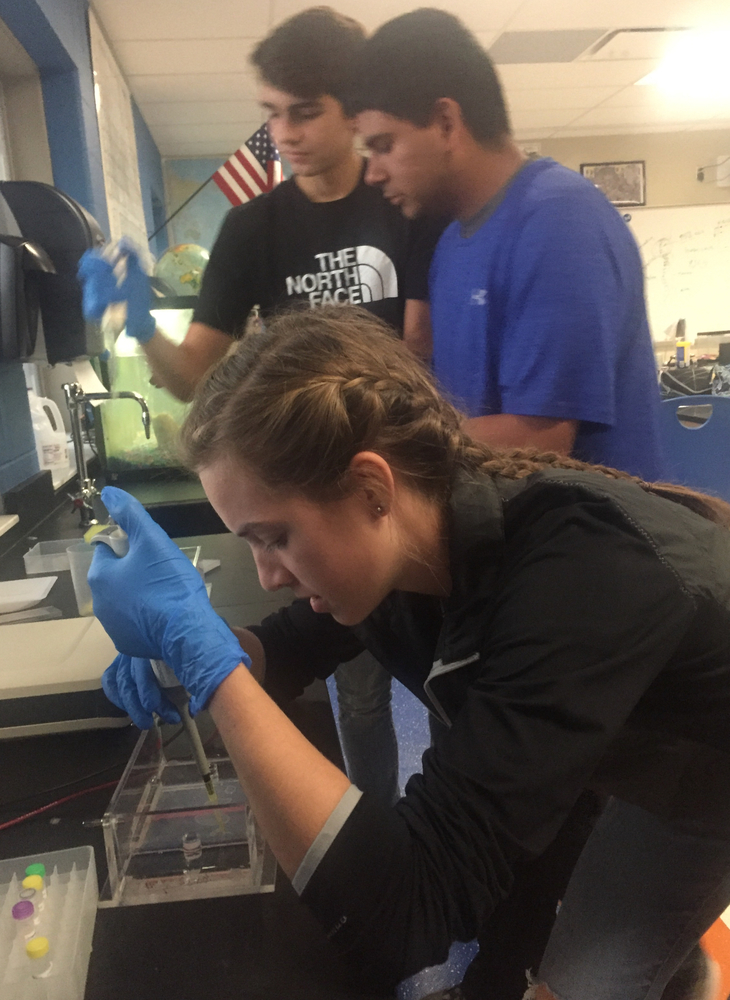 Biology students had a visitor on Friday from Myron Blosser, STEM teacher and co-director of Harrisonburg High School Governor’s STEM Academy.  Blosser came to us from Virginia to give a talk on a recent research undertaking on lead in deer population in the heart and lungs after they have been shot,  as well as biological magnification.  During his visit, Biology students were selected to be a part of an electrophoresis lab using techniques used in forensic investigations to solve actual crime!  Carrie Smith, Marine Bio teacher, described his visit, “Myron Blosser brought a gel electrophoresis lab that dealt with the Marine Bio class comparing fish DNA from confiscated fish from a possible poacher, with DNA from fish in an unprotected river and a protected river. Their goal was to find out if the fisherman was guilty or not of poaching illegal fish simply by comparing DNA. They used the same technique as forensic science does to solve a crime.”

Mr. Blosser has an impressive list of accomplishments in his 35 year career as an educator.  WL-S is grateful to have had the opportunity to listen to such an esteemed educator and to be a part of a really interesting lab project!  Listed below are just a few of Blosser’s many accomplishments.