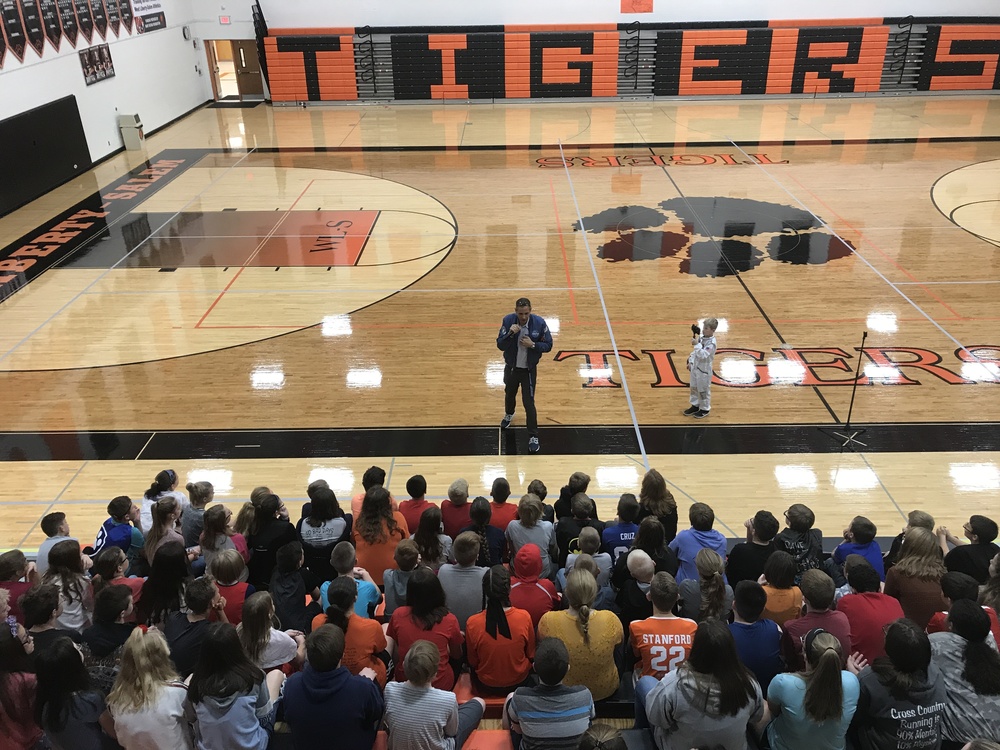 West Liberty-Salem Middle School welcomed esteemed astronaut teacher Mike Mongo in an assembly on Thursday morning.  Mongo is the Vice President of Icarus Interstellar, strategic director of Starship for the Exploration and Development of Space, and co-found of Yuri’s Night Space Coast at Kennedy Space Center.  He is the author of two children’s books, Humanairres and The Astronaut Manual, which is currently in production for a television show!  As an internationally recognized public speaker, educator and Space STEAM advocate, Mr. Mongo teaches throughout the US, Mexico, Canada, Jamaica, Haiti, the UK, and Cuba to encourage STEAM-directed students to pursue careers in astronautics and space-related industry.  He is also the first US American to teach in Cuba primary schools in over 50 years.

The theme of his presentation was to encourage our students that really anything is achievable through hard work, dedication and a little bit of grit, but to make sure that every student he connects with understands that tomorrows jobs are in space and that each student has “permission to live, work and play in space.”

He described the future of astronautics and how work in space has evolved.  Students learned about the future of travel and how space hotels will soon be a reality!  He described how sports, agriculture, industry, engineering and leisure are already in the developing stages! He also grabbed a lot of attention by making sure that he included Fort Nite in his space vacation marketing plan!

We are very fortunate that Mr. Mongo was able to squeeze a visit in with us during his stay at Urbana University!